Welcoming Lelita Baldock and her book - Widow's Lace - to my blog. 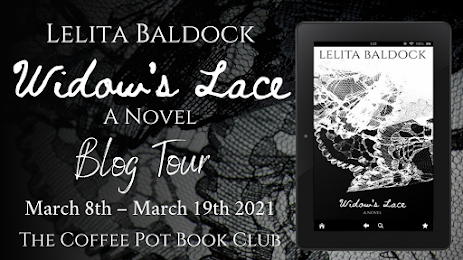 Delighted to share a review with you all, but first I will introduce the book as always. 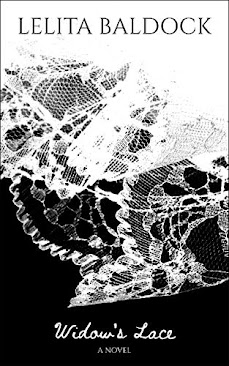 A hundred year old mystery, the widow left behind, a fallen soldier, the abandoned fiancée, an unnamed body and the young student determined to find the truth.

In 1886 famous English poet Edward Barrington moves from Derbyshire, England to a farm on the Finniss River, in South Australia. Two years later he disappears.

25 years later Archie Hargraves abandons his fiancée Clara and travels from England to meet with Edward’s widow, Rosalind. He plans to write a biography and make a name for himself, independent from his wealthy father. Returning to England in 1914 he abandons his work to join the war in Europe. His journal of notes from Australia is never released.

Ellie Cannon, a young PhD candidate at Sydney University, is writing a thesis on one of Barrington’s last known poems, The Fall. It’s not going well. Struggling with her relationship with her mother and loss of her father, Ellie is on the brink of failure.

Then a body is found by the Finniss River, 130 years after Edward’s disappearance. Could it be the famous poet?

The discovery draws Ellie into the worlds of Edward, Archie and Clara, taking her across Australia and England in her search for the truth.

Covering life in remote South Australia, the social pressures of 1900s Britain and the historical role of women, Widow’s Lace is an historical fiction, mystery cross-over dealing with themes of obsession, fear, love, inner-secrets and regret. But also the hope that can come from despair.

I quite like a dual timeline novel, but Widow’s Lace has not just two timelines but three. The late 1800s, the early 20th Century and modern times. This novel centres around one poet’s life and the mystery that surrounded his disappearance, and thus, the timelines are connected.

The differences in how lives were lived are apparent as you switch between perspectives. In modern days, Ellie is trying to complete a thesis on the poem The Fall by Edward Barrington, but she has lost inspiration and spends more time with a glass of wine. The discovery of bones at his old house sends her on a journey to find out who the bones belong to, a journey that leads her to learn about both the other timelines.

Edward Barrington moved to Australia in the late 1800s, hoping that the heat would help heal his wife’s lungs. This calls for a complete lifestyle change, which Edward adapts to with ease, but his wife, Rosalind, does not. Rosalind misses England and is unhappy in Australia, understandably so, for she goes through so many things, including having to deal with her ill health.

The third timeline (early 20th Century), is the story of Archie and Clara. Clara just wants Archie to propose to her and give her the attention she so desires, but Archie travels to Australia to meet with Rosalind to find out about the sudden and unexplained disappearance of Edward Barrington 25 years ago.

While all the time periods were written with a thrilling excellence, I loved reading about Edward and how he changes to fit into a new culture and how far he was willing to go to help his wife—thousands of miles from everything he’s ever known. His poetry is pushed aside as he realises a new love, the love of the farm he acquires, and his every thought becomes filled with ideas and plans for the farm. I felt for Rosalind, for she belonged in England, but her lungs simply wouldn’t allow it. Australia’s warmth would keep the rot at bay, but the air of England would allow it to run rampant and kill her.

The setting in both countries is described so wonderfully that I felt like I was there. The Australia heat brushed my cheek. And the bustle in London is a timely reminder of the age we live in. Ellie’s research takes her on a journey to Barrington’s old house, both the one in Australia, which has a new owner, and the one in England, which the National Trust has since taken over. It was fascinating to see the mystery unfold in front of my eyes, and I certainly did not expect the outcome!

Widow’s Lace is a wonderfully written novel that leaves nothing to the imagination and leaves you wanting more. There is no need for prior knowledge, anyone can pick up a copy of this book and understand the events of the story, and I urge people to do so. You will not be disappointed. I was certainly not. 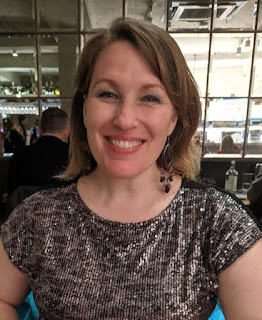 Lelita has a passion for stories, especially those with a dark undercurrent, or a twist to be revealed.

She hopes to tell interesting stories that people will find themselves drawn into. Stories that are for entertainment and escape, and hopefully a little thrill of the unexpected. She truly enjoys the experience of writing, exploring human traits and reactions as well as the darkness that can lurk unexpectedly inside anyone.

Now Lelita and her husband run a web development business, and she makes time for writing after hours and on weekends. It can mean long days and late nights, but she doesn’t mind, stories are her passion.

Lelita’s long term goal as a writer is to be able to publish her stories regularly and hopefully appeal to a wide range of readers.

Lelita currently resides in the United Kingdom with her husband Ryan and beloved rescue-cat, Jasmine.

You can connect with Lelita Baldock via the following platforms -

You can also learn more about the author and the book by visiting the other blogs on this tour. 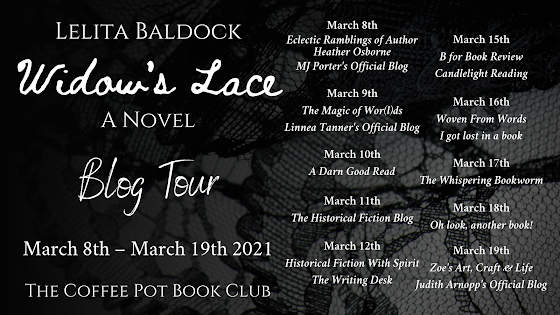