Welcoming Liz Harris and her book - Darjeeling Inheritance - to my blog 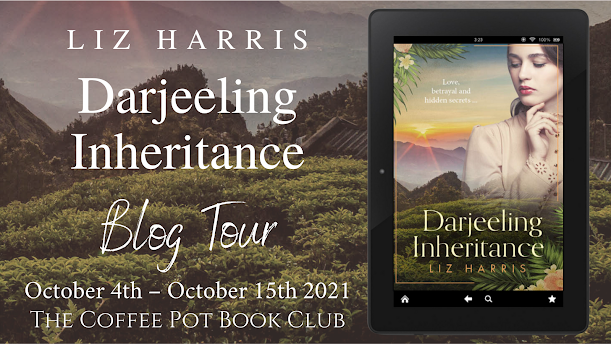 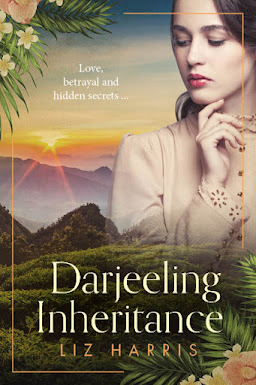 After eleven years in school in England, Charlotte Lawrence returns to Sundar, the tea plantation owned by her family, and finds an empty house. She learns that her beloved father died a couple of days earlier and that he left her his estate. She learns also that it was his wish that she marry Andrew McAllister, the good-looking younger son from a neighbouring plantation.

Unwilling to commit to a wedding for which she doesn’t feel ready, Charlotte pleads with Dan Fitzgerald, the assistant manager of Sundar, to teach her how to run the plantation while she gets to know Andrew. Although reluctant as he knew that a woman would never be accepted as manager by the local merchants and workers, Dan agrees.

Charlotte’s chaperone on the journey from England, Ada Eastman, who during the long voyage, has become a friend, has journeyed to Darjeeling to marry Harry Banning, the owner of a neighbouring tea garden.

When Ada marries Harry, she’s determined to be a loyal and faithful wife. And to be a good friend to Charlotte. And nothing, but nothing, was going to stand in the way of that.

Ada lay still in her bed beneath the mosquito net and listened to the muffled sound of the conversation below.

Charlotte and Mrs Lawrence had been talking downstairs for some time, their voices raised occasionally in sharpness. She hadn’t been able to discern any words, but it wasn’t difficult to guess the subject of the conversation—Mrs Lawrence wanted to go back to England as soon as possible, and Charlotte, in a state of insanity borne out of grief, was determined to learn about estate management before she got married.

But whatever either said, the reality was that Winifred would have to remain at Sundar until Charlotte came to her senses.

Finally, she heard footsteps coming up the stairs, first Winifred’s slower steps, and then Charlotte’s lighter tread, and then she heard their doors close.

Silence fell upon the house.

She turned restlessly on to her side. If only she could lose herself in sleep!

She’d been longing to do so since the moment she’d come to bed, but sleep had eluded her—frustratingly so, as she’d wanted to dazzle them all at her wedding.

Winifred Lawrence and Charlotte weren’t the only people on the brink of change—she, too, was. In the morning, she’d be casting aside the last vestige of her past life and taking on the role that she’d had the greatest good fortune to be given, and she wanted to look her very best on the first day of that new life.

Although, perhaps in a way, her new life had begun the moment she’d been introduced to Charlotte on the platform and they’d boarded the train for Southampton together, the arrangements for her to chaperone Charlotte back to India having been made in advance by Harry and Charles.

As she’d sat in the train across from Charlotte, she’d inwardly resolved that despite their slight difference in years, and the obvious naïvety of Charlotte, she’d make sure that they became good friends. And she’d promptly buried the old Ada Eastman and become the woman who was travelling to India to marry Harry Banning.

A woman without a past.

From the moment she’d accepted Harry’s written proposal, she’d sworn to herself that she’d never again let herself think back to the sheer exhilaration of being with George Kendall, and to the passion she’d felt for him, a passion she’d had no right to feel, being in a position of trust as governess to his daughter, Julia, and sitting down daily with George and his whey-faced wife.

She turned on to her back and stared up at the mosquito net. Who’d have thought that the governess job she’d been so unwilling to do would have opened the door to so much unexpected pleasure?

Becoming a governess had been the only suitable position she could undertake, given her circumstances. Although her father had been a High Sheriff, her family had little money, and with a dearth of prospective husbands in the small town in which they lived, she’d been obliged to seek paid employment.

Being respectable and educated, she’d been hired as a governess by a local family who lived in a nearby hamlet, but she’d found it so stifling to be in so small a community, with virtually no hope of meeting any eligible men, that when the opportunity to move to London and take up the post of governess to George’s daughter had presented itself, she’d jumped at it.

Upon arriving at the house, she’d been ushered into the front hall by the housekeeper just as George had been coming down the stairs. While the housekeeper had been telling him her name and that she’d been appointed by his wife, she’d stood beside her travel bag, her eyes cast down with a modesty appropriate for a governess. When the housekeeper had finished talking, a rush of air told her that he’d turned towards her, and she’d sensed his gaze run down the length of her body.

Unable to resist seeing what he looked like, she’d glanced quickly up at his face, and had almost gasped out loud—he was quite the most handsome man she’d ever seen.

Tall and lean, he had glossy black hair that was longer at the sides than was commonly worn. A lock of hair had fallen across his high forehead, giving him a somewhat rakish look. And his eyes! From beneath dark brows, his ice-blue eyes burned into her face, the initial curiosity in them giving way to open desire.

She’d felt a strong sensation deep in her stomach.

The sound of a woman’s footsteps hurrying down the stairs had broken the mood of the moment, and she’d quickly returned her gaze to the pine floorboards, her heart still beating fast. George had said a hasty goodbye to his wife and left the house, his musky scent clinging to the air in his wake.

From that day on, she seemed to be forever meeting him in the corridors, in the hall, on the stairs, at dinner, and with each passing day, her hunger grew for what his every glance promised.

By the time the longed-for day arrived that she and George were completely alone in the house, they’d stood facing each other across the bedroom. An expectant silence weighted the air between them. And then, at the same instant, they’d fallen into each other’s arms and given in to a passion that overwhelmed them and left them gasping for breath.

In the weeks that had followed, she’d willingly yielded to that passion again and again—she, who’d read countless novels in which a young woman had fallen into destitution after her married lover, despite his many declarations of undying love, had rejected her upon the discovery of their illicit affair.

Within her head, she’d known the risk she was taking. But in her heart, she’d been firmly convinced that the intensity of their love was so great that neither would ever be able to part from the other, and she’d eagerly welcomed his attentions at every possible opportunity, longing for the day when they could be together forever.

Those weeks with George had been the most thrilling, most exciting weeks of her life. For every single minute of every single intoxicating day she’d felt nerve-tinglingly alive.

Until that terrible morning. 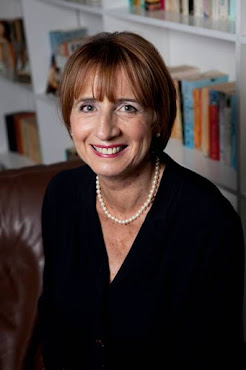 Born in London, Liz Harris graduated from university with a Law degree, and then moved to California, where she led a varied life, from waitressing on Sunset Strip to working as secretary to the CEO of a large Japanese trading company.

Six years later, she returned to London and completed a degree in English, after which she taught secondary school pupils, first in Berkshire, and then in Cheshire.

In addition to the ten novels she’s had published, she’s had several short stories in anthologies and magazines.

Liz now lives in Oxfordshire. An active member of the Romantic Novelists’ Association and the Historical Novel Society, her interests are travel, the theatre, reading and cryptic crosswords. To find out more about Liz, visit her website at: www.lizharrisauthor.com

You can connect with Liz Harris via these platforms -

You can also learn more about the book and the author by visiting the other blogs on the blog tour. 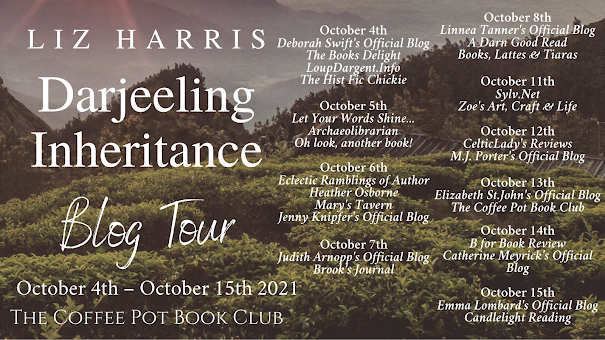 Posted by CraftygasheadZo at 13:01 2 comments: