Today I'm welcoming Tom Kane and his book - The Brittle Sea (The Brittle Saga Trilogy book 1) - to my blog as part of the blog tour hosted by The Coffee Pot Book Club (founded by Mary Anne Yarde).

I am pleased to share an excerpt with you all, but first I will introduce the book.

The Brittle Sea by Tom Kane 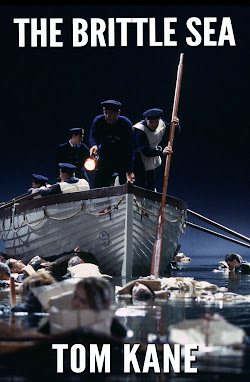 The Titanic disaster is the catalyst that sparks a bloody feud between two families in early 20th century America.

Magda Asparov is travelling from her home in the Ukraine to be the chosen bride of American businessman Matthew Turner III. But the ill-fated voyage of the unsinkable ship has far reaching consequences for her and her savior.

Magda has lost her memory and a new personality, Maggie, has taken hold. The Captain of her rescue ship, Richard Blackmore, has fallen for Maggie.

A mental illness, betrayal, murder, and corruption destroy Blackmore's life until all that remains is for him to seek revenge.

You can purchase a copy of The Brittle Sea from -

The sidewalk on 42nd wasn’t especially crowded for an early spring Sunday in New York. The well-dressed old man walked freely between passing pedestrians, jauntily swinging his cane, the cane he told everyone he needed for the war wound he had never received. He whistled a soft tune to himself, something from a bygone part of his life, a period he hated to look back on but wouldn’t leave his memories. His life was good, and he eschewed old memories. He was more than happy at what he had achieved over the years since he had become a widower, freed from his servitude.

She made my life intolerable!

He was suddenly surprised at how much vehemence the thought of her brought to his now ordered life. Anger, he told himself, was not for him. That was all in the past.

It was then, at the very instant the old man was beginning to forgive her for making him angry, that a young woman stepped out in front of him. She was wearing a nondescript dirty and threadbare blue farmer’s bib-overall, a dirty old cap and her left arm was in a sling. He noticed, looking her up and down, familiar scuffed red shoes… those familiar scuffed red shoes. He was surprised and stopped walking, amazed at the sudden familiarity of her small, sweet face. He opened his mouth to speak, maybe even daring to be impolite and ask if she was related to… but he never had the chance to speak. The girl pulled a small pistol from the sling with her free arm and levelled it at him. Too late, he realised who she was.

“Maggie.” The words formed on her lips and she smiled, clumsily cocking, and firing the pistol, twice… three times.

The old man groaned, stumbled forward but stopped his fall with his cane, gripping it tightly with both hands. He suddenly thought of her once more, leaned forward on his cane and looked up at his assailant. “You have her eyes,” he said to her, coughing blood that spattered the young woman’s dirty clothing. He smiled at her, lost his grip on his cane, and fell forward, hitting the sidewalk heavily.

The young woman screamed, and tears welled in her frightened eyes. Before she knew it, she was pulling back on the trigger to cock the gun again, levelling it this time to her right-temple. The gun belched loudly once more.

A knot of female pedestrians, caught in the tableau of hate and death unfolding before them, screamed their hysteria as one. They watched in horror as the girl staggered left, then right and then keeled forward, dropping to the floor, but managing with a gasp to stop her face hitting the hard concrete. Her arms took the full force of the fall, but soon failed and she crumpled forward, a small sob leaving her mouth.

New York rain suddenly splattered the sidewalk, hissing across the concrete and spreading onto the pools of blood forming around both victim and assailant, the blood mixing in death where in life the family blood had become tainted and poisoned, fuelled with jealousy, hate and revenge.

The old man’s eyes met the young woman’s as they lay a few feet apart. There was no hate now. No fear. A family was reunited as death took the once living into its bosom. In a final act of contrition, New York’s rain washed the blood away and the sins of a family flowed into the gutter where they belonged. 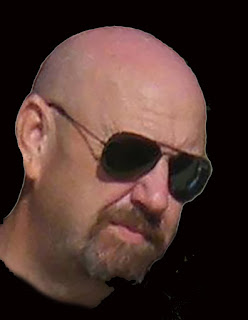 As a child, Tom Kane's family always insisted he was born in the corner of the living room, behind the TV. That strange assertion, true or false, seems to have set the tone for the rest of his life. Kane's mother inspired him to write. Doctor Who and Isaac Asimov inspired his love of science fiction. Monty Python inspired him to be silly and he continues to blame Billy Connolly for his infrequent bursts of bad language In the corner or behind the TV, what is officially known about Tom Kane's birth is that it took place in England many moons ago.

You can connect with Tom Kane via the following platforms -

I hope you check out Tom Kane's work and enjoy.
Till the next time.
Take care Zoe

What a fabulous excerpt! Thank you, Zoe, for hosting today's blog tour stop!