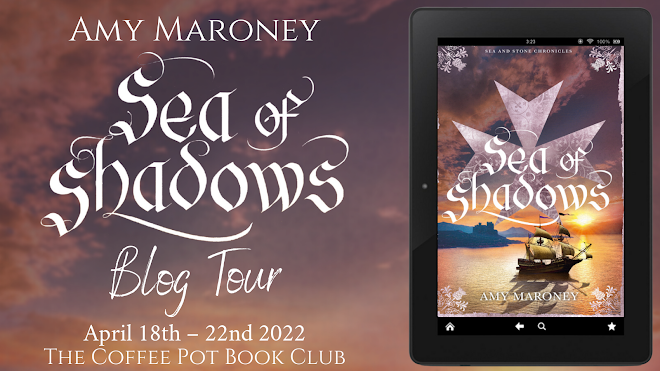 I am delighted to share an excerpt with you all, but first I will introduce the book.
Sea of Shadows 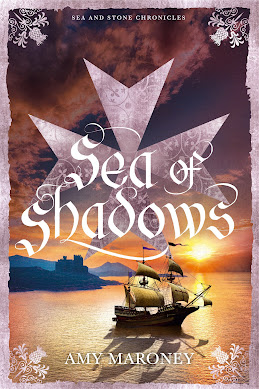 1459. A gifted woman artist. A ruthless Scottish privateer. And an audacious plan that throws them together—with dangerous consequences.
No one on the Greek island of Rhodes suspects Anica is responsible for her Venetian father’s exquisite portraits, least of all her wealthy fiancé. But her father’s vision is failing, and with every passing day it’s more difficult to conceal the truth.

When their secret is discovered by a powerful knight of the Order of St. John, Anica must act quickly to salvage her father’s honor and her own future. Desperate, she enlists the help of a fierce Scottish privateer named Drummond. Together, they craft a daring plan to restore her father’s sight.

There’s only one problem—she never imagined falling in love with her accomplice.

Before their plan can unfold, a shocking scandal involving the knights puts Anica’s entire family at risk. Her only hope is to turn to Drummond once again, defying her parents, her betrothed, even the Grand Master of the Knights himself. But can she survive the consequences?

With this captivating tale of passion, courage, and loyalty, Amy Maroney brings a lost, dazzling world to vivid life.

Sea of Shadows is Book 2 in a series of stand-alone historical novels packed with
adventure and romance.
Publication Date: 12th April 2022

A man appeared at Émile de Chambonac’s elbow, dressed in a long tunic of burnt-orange silk. Drummond recognized him as the agent who had taken the gold from him at the harbor. The man smiled, revealing small, widely spaced teeth.

“Our supper awaits,” he said smoothly. “Lord de Milly has promised me the Scotsman’s ear, and I’m eager to take my place at his side.”

“Guillaume Lopic, at your service. Servant of the Order.”

Servant? The man was dressed like a noble. Gold rings adorned nearly every finger on his hands. His short brown beard was painstakingly oiled.

“I’m surprised we haven’t already met,” Drummond said. “I’d never clapped eyes on you before that day at the harbor.”

“I’ve been living in Genoa these past few years, representing the Order and protecting its interests with our allies. Please, Master Fordun, follow me. The grand master desires us both to sit at the high table with him.”

The young knight made to follow them, but Monsieur Lopic put up a hand. “Émile, I believe you’ll find a place on a bench at that table over there, with the other novice knights.”

The man frowned, his lower lip thrust out in a display of petulance that nearly forced a laugh from Drummond, and slunk away.

Drummond took his seat in a heavy oak chair at the head table. A servant poured a long stream of wine into his cup. He began to guzzle it, then stopped himself.

Steady, man. You’ve got to keep a few wits about you tonight.

Before him lay a knife, a spoon, and a two-pronged silver instrument with a long mother-of-pearl handle he recognized as a fork, an item common on tables in Alexandria and Damascus but something he rarely saw anywhere else. The knights’ vow of poverty—it, too, was merely a guideline, Sir Peter always said with a wink.

The musicians strolled into the center of the room, playing their courtly tunes. Shoveling in a spoonful of roasted peacock mixed with saffron-scented rice, Drummond relaxed a little. He might as well enjoy the feast itself.

“So, Master Drummond,” Guillaume Lopic said. “The Mamluk peace holds, thanks to you. A fragile peace indeed, all too easily frayed.”

“I just do my job and follow orders. I don’t know much about the Mamluks or peace accords.”

This wasn’t entirely true. Drummond did know that the Mamluks were descended from elite Turkish slaves who had been taken from their families and raised to be ruthless warriors. They’d turned their fate around when they overthrew the Egyptian Sultanate, making them the rulers of Egypt to this day. What he had little knowledge of was the patchwork of diplomatic arrangements between the Mamluks and various other powers in this part of the world, including the Order. And quite honestly, he didn’t care to learn all the details.

“I find it confusing myself,” Lopic said, spearing a morsel of peacock with his fork. “No sooner is a truce arranged than it falls apart again.”

He was clearly no stranger to the utensil in his hand. Drummond, for his part, had no intention of handling his own spindly little fork, especially not when he was sitting at the high table during a lavish feast. Why invite embarrassment to an already charged moment?

“As long as we rule the seas, the Mamluks will continue to negotiate with us,” his companion went on. “So a man like yourself—well, your service to the knights is equal in value to my own, though our work is quite different.”

“What is it you do, then?” Drummond asked, eyeing him sideways.

“I began as a notary, and my skill with languages launched me to the highest ranks of the Order’s servants. I help smooth over diplomatic tangles for the knights, usually by wielding a quill and an inkpot, unlike you with your swords and crossbows.”

“Ah.” Drummond helped himself to a pile of grilled octopus from a platter offered by a servant. He’d been slow to warm up to this popular treat when he first arrived in Rhodes, but now he eagerly consumed it every time he had the chance.

“Of course, as a Frenchman, my loyalties are twofold: to the Order and to my kingdom.”

“Naturally.” Drummond reached for a piece of flatbread glistening with olive oil, wondering how many slices he could consume without looking like a complete glutton. He had not eaten this well in months.

Lopic put down his cup. “Tonight, I have a delicate matter to address, something that encompasses both loyalties at once.”

Drummond swallowed an enormous mouthful of bread and stifled a belch. “Is that so?”

“Yes. I’ve been instructed to find a suitable protector for a newcomer to the Order, someone whose life is very precious indeed. Someone who needs a bit of extra guidance in the art of war.”

A sinking feeling struck Drummond in the gut. “Who do you speak of?”

Lopic took up his cup again and gestured to one of the lower tables. “Émile de Chambonac. His father is Lord de Milly’s cousin, and a generous benefactor to the Order.”

“Has he seen any action at all?” Drummond asked bluntly.

Lopic smiled. “Only at the hands of his sword masters. Of course, he’s got enthusiasm and the courage of youth. But he needs seasoning. Lord de Milly will send him out on a mission or two, to please him and his father, but only under the strictest surveillance of a trusted man. You would be the ideal candidate for such a role. Despite the risks, the great danger of the seas, you and your men return alive from every mission, against all odds. There’s no one better suited to take De Chambonac under his wing.”

A slow burn of uneasiness crept up Drummond’s throat. He watched the young knight regale his seat mates with some story, then sulk peevishly when their attention was diverted elsewhere. He was barely more than a child. A spoiled, daft child. One who’d made sport of killing a lone fisherman at sea. And Drummond was supposed to invite him onto his vessel? Be a mother hen to a strutting little cockerel?

He turned and looked Lopic full in the face. “I’m guessing I don’t have the option to refuse,” he said. “But know this. When I’m on the seas, it’s as an agent of the Order. If a knight joins my crew and puts all of us in danger, he will be breaking the one vow that has any teeth in this organization—the vow of obedience. If that boy—forgive me, man—does not follow my commands at sea, I’ll have no choice but to return him to Rhodes. Have I made myself clear?”

Drummond raised his cup and drained it dry.
Amy Maroney 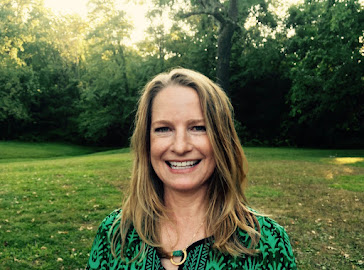 Amy Maroney studied English Literature at Boston University and worked for many years as a writer and editor of nonfiction. She lives in Oregon, U.S.A. with her family. When she’s not diving down research rabbit holes, she enjoys hiking, dancing, traveling, and reading. Amy is the author of The Miramonde Series, an award-winning historical fiction trilogy about a Renaissance-era female artist and the modern-day scholar on her trail. Her new historical suspense/romance series, Sea and Stone Chronicles, is set in medieval Rhodes and Cyprus.

You can connect with Amy Maroney via these platforms - 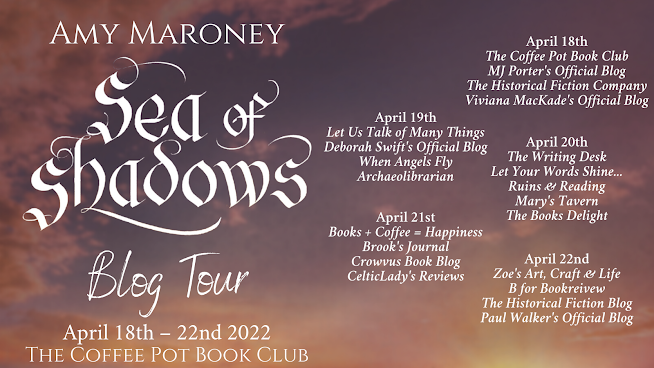 Thank you so much for hosting the blog tour for Sea of Shadows.

Thank you for hosting Sea of Shadows on the blog today, Zoe!
All my best,
Amy Maroney