Welcoming Barbara Greig and her book - Discovery - to my blog 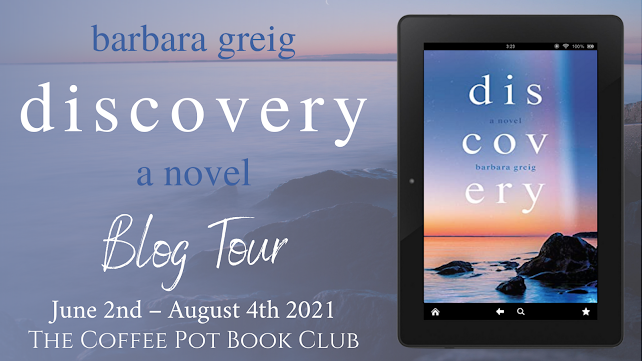 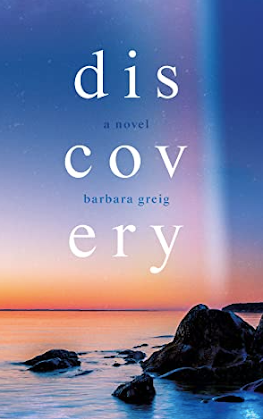 Discovery: An epic tale of love, loss and courage When Elizabeth Gharsia’s headstrong nephew, Gabriel, joins Samuel Champlain’s 1608 expedition to establish a settlement at Quebec, he soon becomes embroiled in a complicated tribal conflict. As months turn into years, Gabriel appears lost to his family.

Meanwhile at home in France the death of her father, Luis, adds to Elizabeth’s anguish. Devastated by her loss, she struggles to make sense of his final words. Could her mother’s journals, found hidden among Luis’s possessions, provide the key to the mystery?

The arrival of Pedro Torres disrupts Elizabeth’s world even further. Rescued from starvation on the streets of Marseille by her brother, Pedro is a victim of the brutal expulsion of his people from Spain. Initially antagonistic, will Elizabeth come to appreciate Pedro’s qualities and to understand the complexity of her family?

His next visit was to the Gaulbert farm. He arrived shortly after noon to find only Sara and Luc at home. Jacques and Helena were in Luzech, visiting Helena’s sister, and were not expected to return until nightfall. Masking his disappointment, Pedro sat with Sara on the stone bench, constructed long ago by Ysabel Bernade’s father and strategically positioned to maximise the shade from the barn. Luc had excused himself as soon as was polite: Pedro Torres, with his searching questions about the New World, was best avoided.

“What brings you out here?” asked Sara, her head characteristically tilted on one side. Pedro shifted on the bench; it was too low for him to be comfortable. Sara, thinking her question was unwelcome, rested a gnarled hand on his arm. “You don’t need to tell me.”

“It’s not that,” he replied as he took his time, taking off his doublet. Despite the shade it was still very hot. The farmyard was a suntrap, the beaten earth dry and cracked beneath his feet.

Sara smiled at him indulgently. “Take your boots off,” she said. “It is too pleasant a day for discomfort.” He did as he was told and leant back against the rough stone of the barn, stretching his legs out in front of him. The lowness of the bench appeared perfect for the tiny old woman, whose face, now with eyes closed, was a picture of serenity.

“I was hoping to see Jacques to ask if he knew where I could send word to Thomas Gharsia.”

“Why not ask Elizabeth?”

“She doesn’t know where he is.”

Sara’s eyes snapped open and she looked at him keenly. “Why do you think my son will know?” Thomas Gharsia’s Huguenot sympathies were dangerous.

“I thought Thomas might have had the forethought to leave his plans with him.” Pedro paused. “So that Jacques could contact him if anything befell Elizabeth.”

Sara mulled over his logic. “Perhaps, although I do not know of any arrangement. Thomas Gharsia has been disappearing for long stretches of time for many years.”

“Yes, but Elizabeth’s father was alive then.”

“I do not believe Luis ever knew where his son was once he was a man grown.”

“That said, it is Thomas’s duty to care for his sister now.”

Pedro stiffened, and Sara realised she had been too forthright. “Forgive me, I speak out of turn,” she said, somewhat disingenuously, as she was weary of seeing Elizabeth and Pedro skirting around each other for the last year.

He ignored her apology. “I must leave for Amsterdam before summer ends. I have remained this late because Thomas has not returned as we had agreed. I still have time before the poor weather sets in if I take passage from Bordèu.”

Sara, who very much doubted that Thomas would make an appearance, asked, “Why Amsterdam?”

“There are opportunities for a man who will work hard, and he will not be persecuted for who he is.”

“Are you persecuted here?”

Pedro was slow to answer, thrown by her question, so she continued, “I don’t think you are persecuted. You have been welcomed, as was I.”

“It is different for you.”

Sara studied him with the wisdom of the old, her bright, birdlike eyes tender. “Did you not know that I am a Marrano?” She enjoyed the astonishment on his face as he pulled himself more upright on the bench and rested his hands on his thighs.

“Yes – my forebears were Portuguese Jews but even after we were forcibly converted, we were persecuted. My parents fled to Bordèu in 1539 to escape the Inquisition. I was married to a friend of my father’s before I married Henri Gaulbert.” Pedro remained silent, digesting her words, so she continued speaking, the warmth of her voice soothing. “I have been safe here.” She waited a moment and then added, “And I have been loved.” He turned his head and looked at her but still did not speak. The old woman’s voice held a touch of sadness. “Verily, I regret the lapse of my customs, but I cherish them in my heart. We have no choice.”

Pedro fixed his eyes on the chickens pecking around the yard. “We have no choice,” he echoed.

“Do you think it will be better in Amsterdam? You will be expected to attend church – only it will be a different church.”

“I will not be imprisoned for who I am.”

“Have you been imprisoned here?”

“No – but since the death of King Henri the authorities are clamping down on heresy. I saw it in Marshila, and I have seen it before. Persecution comes in waves, lapping lightly at first and then, like the weight of the incoming tide, it engulfs you.”

“Are you a heretic?”

Pedro felt his chest tighten. For an instant he was back in Saragossa being interrogated. “How can you ask?” he stuttered.

“Who is to hear us?” demanded Sara, sweeping her arm around the yard. “The chickens, the birds in the trees, the insects? Luc will be in the far field by now – and he would never betray me.”

“I am a Morisco.” It was all that needed to be said.

“And I am a Marrano,” replied Sara, her eyes alight with conspiratorial empathy. “And this is where I belong.” 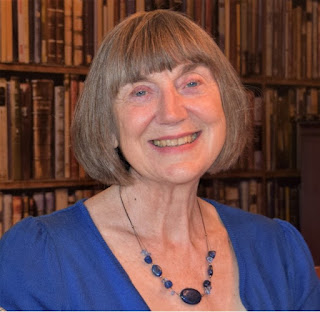 Barbara Greig was born in Sunderland and lived in Roker until her family moved to Teesdale. An avid reader, she also discovered the joy of history at an early age. A last-minute change of heart, in the sixth form, caused her to alter her university application form. Instead of English, Barbara read Modern and Ancient History at Sheffield University. It was a decision she never regretted.

Barbara worked for twenty years in sixth form colleges, teaching History and Classical Civilisation. Eventually, although enjoying a role in management, she found there was less time for teaching and historical study. A change of focus was required. With her children having flown the nest, she was able to pursue her love of writing and story-telling. She has a passion for hiking, and dancing, the perfect antidotes to long hours of historical research and writing, as well as for travel and, wherever possible, she walks in the footsteps of her characters. 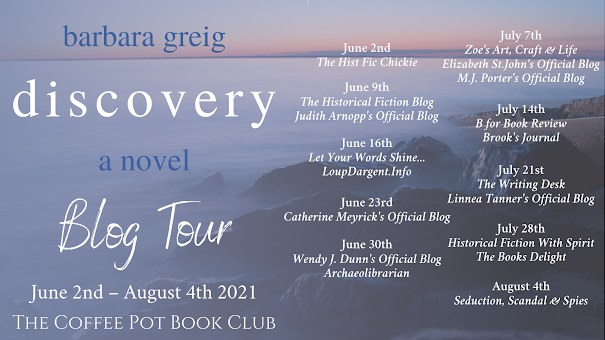