Welcoming Eric Schumacher and his book - Sigurd's Swords - to my blog 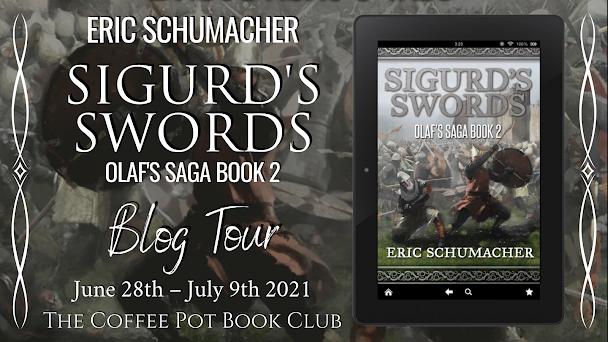 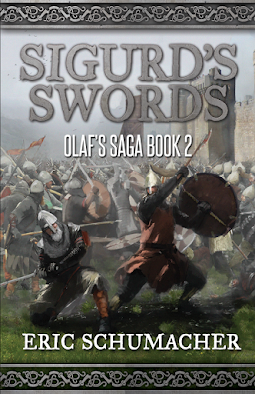 From best-selling historical fiction novelist, Eric Schumacher, comes the second volume in Olaf’s Saga: the adrenaline-charged story of Olaf Tryggvason and his adventures in the kingdom of the Rus.

AD 968. It has been ten summers since the noble sons of the North, Olaf and Torgil, were driven from their homeland by the treachery of the Norse king, Harald Eriksson. Having then escaped the horrors of slavery in Estland, they now fight among the Rus in the company of Olaf’s uncle, Sigurd.

It will be some of the bloodiest years in Rus history. The Grand Prince, Sviatoslav, is hungry for land, riches, and power, but his unending campaigns are leaving the corpses of thousands in their wakes. From the siege of Konugard to the battlefields of ancient Bulgaria, Olaf and Torgil struggle to stay alive in Sigurd’s Swords, the riveting sequel to Forged by Iron.

This book is on Kindle Unlimited.

It is said that with great power comes great responsibility, but nobody mentions about the greed. More money, more land, more of everything, it is like an addiction. For men such as Torgil, their lives are in the hands of such powerful men, and they must obey orders and follow the rules—if only someone had told Olaf that, oh yes, they did, but he didn't listen!!

Sigurd’s Swords (Olaf’s Saga, Book 2) follows the story of Olaf but is told through Torgil—who is oathbound to Olaf. Through Torgil's eyes, we witness what life was like for a warrior. We experience the camaraderie between the warriors as well as the competition. We witness the horrors of battle, the sacred moments of peace and the fear of a long drawn-out siege and what that would mean for those trapped inside a cities walls. This novel came across as very realistic in the telling and I slipped into the story very easily and became utterly enchanted by this gripping tale.

Torgil was a character that was very easy to like. His past is explained carefully and with consideration throughout this novel, and as we learn more about his past we can understand more about his character and the seemingly unbreakable bond between him, Olaf and Torgil. Having not read the first book in the series, I was thankful that the author left the readers with little hints throughout as to what had happened rather than dump all the information at the beginning of the novel as most authors tend to do.

This novel is packed with unforgettable characters, non-stop action and even some romance. If you love historical fiction, especially when it is set in the world of the Vikings, then I think you will really enjoy this novel. I will certainly be looking out for more books by this author in the future. 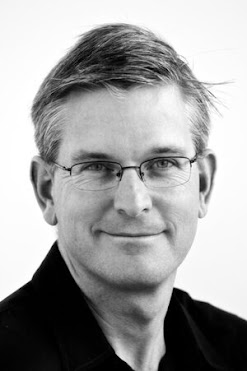 Eric Schumacher (1968 - ) is an American historical novelist who currently resides in Santa Barbara, California, with his wife and two children. He was born and raised in Los Angeles and attended college at the University of San Diego.

At a very early age, Schumacher discovered his love for writing and medieval European history, as well as authors like J.R.R. Tolkien and C.S. Lewis. Those discoveries continue to fuel his imagination and influence the stories he tells. His first novel, God's Hammer, was published in 2005.

You can find out more about the author and the book by visiting the other blogs on this tour. 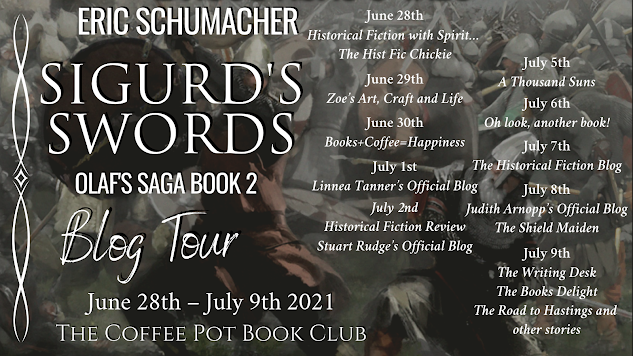 I am so glad you enjoyed the book.
Thank you so much for hosting today's blog tour stop.