Good evening, thought I'd pop in and say hi.

I've not disappeared I promise. It's been a busy few weeks here. And in between I'm resting up and being good. I'm even crocheting and have made a scarf for my mum for Christmas!!

However, the other Saturday night I went on my sister-in-law to be's 2nd hen do (they went away for the 1st). I promised Jenni that I would go for the meal in Las Iguanas in Bath. We then went to a cocktail bar where I had a non-alcoholic Pina Colada! Then we went to a bar/disco place that I've not been in for years. It's now Molloy's but it was O'Neils when I last went! So we dressed up as punk/rock chicks. 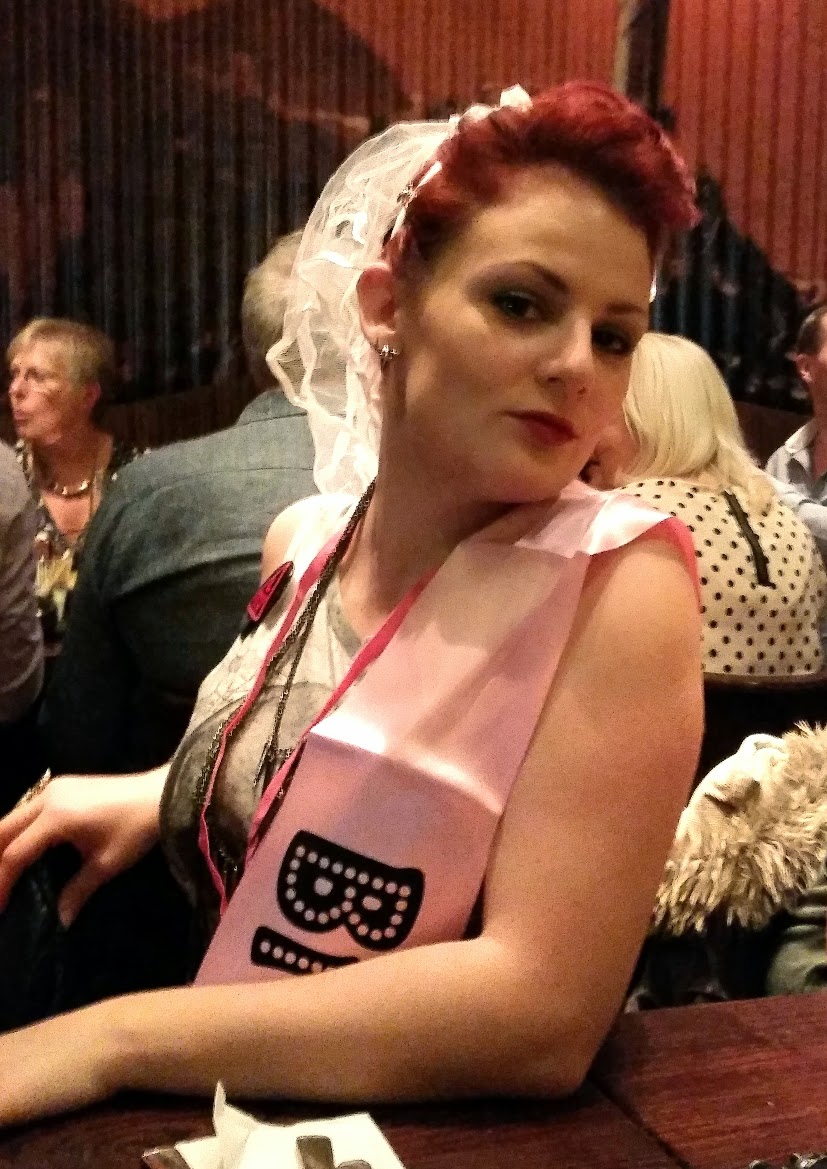 Here's the beautiful bride to be. Yes she loves bold hair colours like me! 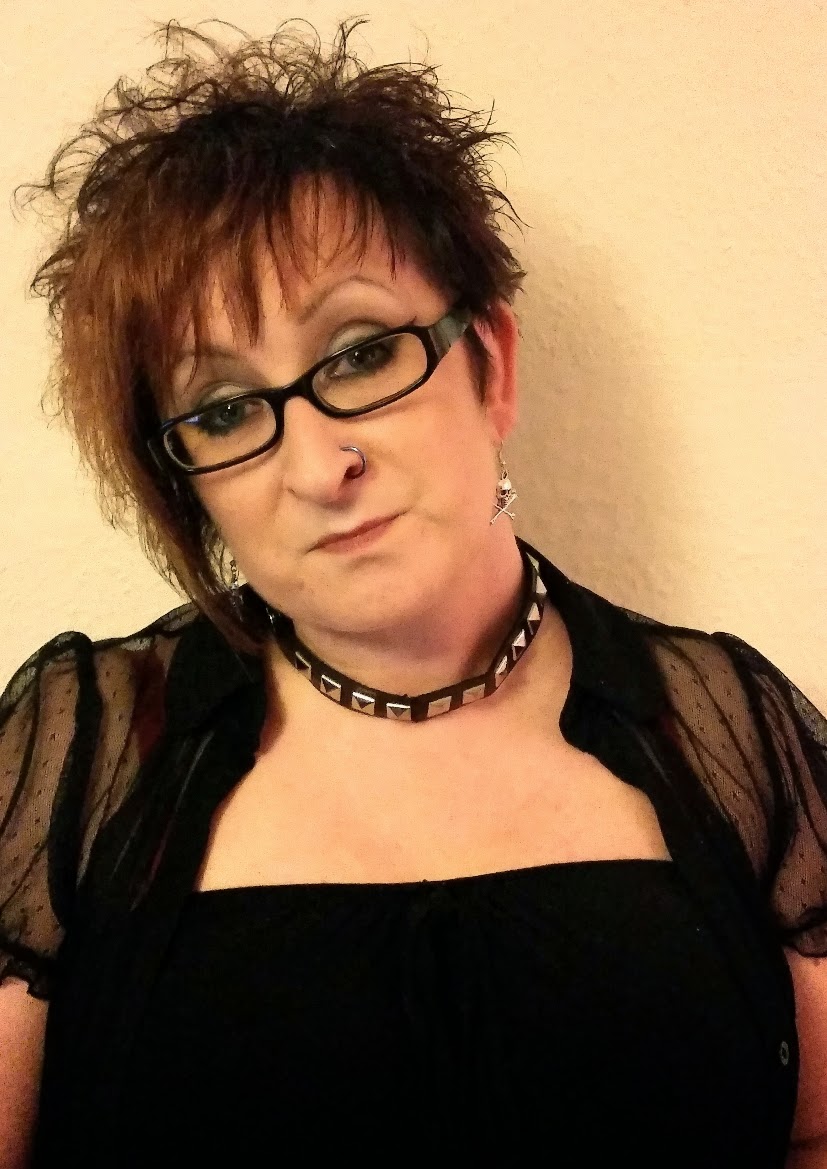 A close up of me - note the fake nose ring, black eye make up and super backcombed spiky hair!! I actually like this pic of me and my mum likes it too. Perhaps I should do this more often?!!!

The full outfit. I had to borrow the boots and leggings from Jenni and the gloves and choker from a neighbour. It was great fun! I had to use my sticks as none of the places were wheelchair accessible. I only went out between 6.30pm and 10.30pm. While I was with the hens they stayed in one area so that I didn't have to walk far. I believe the last of the hens went home at 3am. Though Jenni left them to it and was in bed before midnight! Thoroughly enjoyed going out but it's not something I want to do often!

So this week sees me doing the last bit of wedding crafting. The wedding is on Sunday 16th November so like this week!!! I'm decorating the post box that Jenni was given. And I have to remember to make their card too.

So that's a different look at me and what I've been up to!
Take care Zo xx

It IS a fab pic..and oh, the attitude! Glad you had a good time, I suspect that the rarity of that sort of night out made it fun. Good luck with the wedding preps then, keep it quiet this week so you can enjoy the whole day!