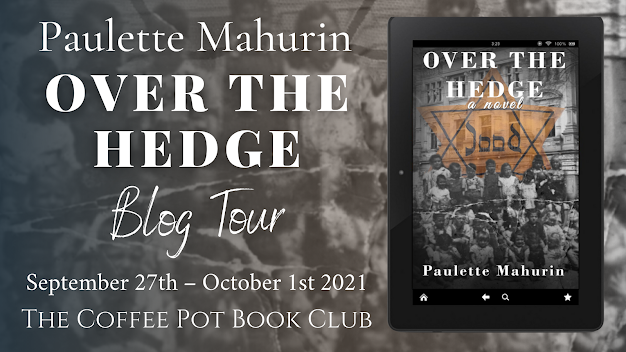 Delighted to introduce and spotlight this book for you all. 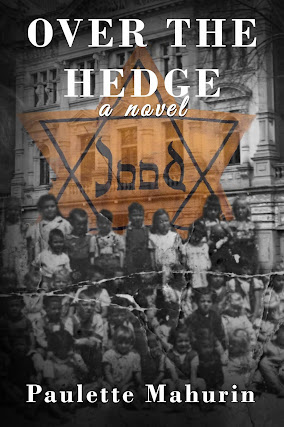 During one of the darkest times in history, at the height of the German occupation of the Netherlands in 1943, members of the Dutch resistance began a mission to rescue Jewish children from the deportation center in Amsterdam. Heading the mission were Walter Süskind, a German Jew living in the Netherlands, Henriëtte Pimentel, a Sephardic Jew, and Johan van Hulst, principal of a Christian college. As Nazis rounded up Jewish families at gunpoint, the three discreetly moved children from the deportation center to the daycare across the street and over the backyard hedge to the college next door. From the college, the children were transported to live with Dutch families. Working against irate orders from Hitler to rid the Netherlands of all Jews and increasing Nazi hostilities on the Resistance, the trio worked tirelessly to overcome barriers. Ingenious plans were implemented to remove children’s names from the registry of captured Jews. To sneak them out of the college undetected past guards patrolling the deportation center. To meld them in with their new families to avoid detection. Based on actual events, Over the Hedge is the story of how against escalating Nazi brutality when millions of Jews were disposed of in camps, Walter Süskind, Henriëtte Pimentel, and Johan van Hulst worked heroically with the Dutch resistance to save Jewish children. But it is not just a story of their courageous endeavors. It is a story of the resilience of the human spirit. Of friendship and selfless love. The love that continues on in the hearts of over six hundred Dutch Jewish children.

You can purchase the book via these platforms -

The book is also available on Kindle Unlimited. 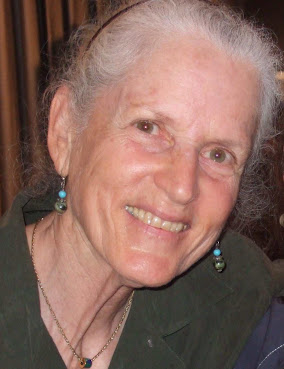 Paulette Mahurin is an international bestselling literary fiction and historical fiction novelist. She lives with her husband Terry and two dogs, Max and Bella, in Ventura County, California. She grew up in West Los Angeles and attended UCLA, where she received a Master’s Degree in Science.

Her first novel, The Persecution of Mildred Dunlap, made it to Amazon bestseller lists and won awards, including best historical fiction 2012 in Turning the Pages Magazine. Her second novel, His Name Was Ben, originally written as an award winning short story while she was in college and later expanded into a novel, rose to bestseller lists its second week out. Her third novel, To Live Out Loud, won international critical acclaim and made it to multiple sites as favorite read book of 2015. Her fourth book, The Seven Year Dress, made it to the bestseller lists for literary fiction and historical fiction on Amazon U.S., Amazon U.K. and Amazon Australia. Her fifth book, The Day I Saw The Hummingbird, was released in 2017 to rave reviews. Her sixth book, A Different Kind of Angel, was released in the summer of 2018 also to rave reviews. Her last four books: Irma’s Endgame, The Old Gilt Clock, Where Irises Never Grow, and Over the Hedge all made it to bestselling lists on Amazon. Her new release, Over the Hedge, was #1 in Hot New Release Amazon U.K. it’s second day out.

You can connect with Paulette Mahrin via these platforms - 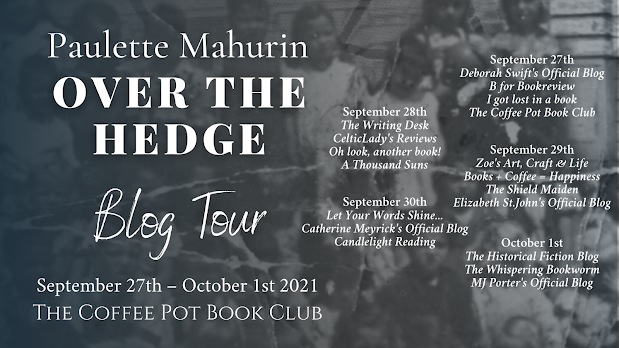 I’m so happy you are hosting my book at your great site. Thank you!

Thank you so much for hosting my book at your great site!

Thank you so much for hosting my book at your great site!

I'm so happy you're hosting my book at your great site. Thank you!

Thank you so much for hosting my book at your great site. Paulette