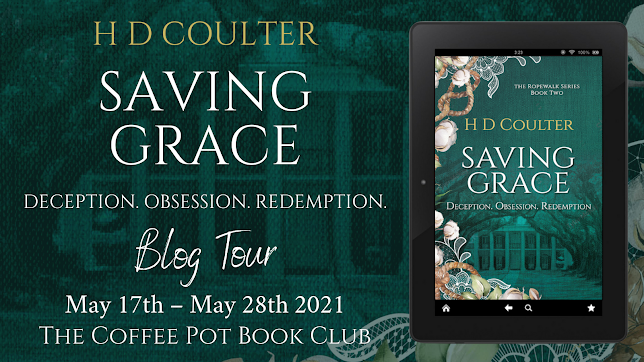 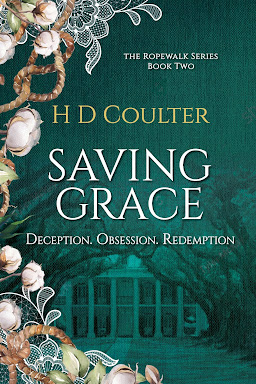 “You are innocent. You are loved. You are mine.”

After surviving the brutal attack and barely escaping death at Lancaster Castle, Beatrice Mason attempts to build a new life with her husband Joshua across the Atlantic in Beacon Hill. But, as Beatrice struggles to cope with the pregnancy and vivid nightmares, she questions whether she is worthy of redemption.

Determined to put the past behind her after the birth of her daughter Grace, Bea embraces her newfound roles of motherhood and being a wife. Nevertheless, when she meets Sarah Bateman, their friendship draws Bea towards the underground railroad and the hidden abolitionist movement, despite the dangerous secrets it poses. Whilst concealed in the shadows, Captain Victor Hanley returns, obsessed with revenge and the desire to lay claim to what is his, exposes deceptions and doubts as he threatens their newly established happiness.

Joshua stared down at the sleeping baby in her crib. She was three months old now, and he had only held her twice, both times at Bea’s insistence. She was showing character now, little chuckles and smiles when Bea was playing with her. He noticed how protective his wife was over the baby, not letting her out of her sight, monitoring every tiny sound and each recent development. But he couldn’t deny that being a mother suited Bea, and the baby brought back a side of her he had missed. There was a light in her eyes, and a genuine joy in her world once more. The tiny little girl was looking more like Bea every day, and for that he was unspeakably grateful.

He shuffled around the room on his tiptoes as he collected his shoes and jacket, cursing the creaking floorboards as the baby moaned and twisted in her blanket. Bea had only fallen asleep an hour ago, and he knew it would disappoint her if he couldn’t leave without waking the baby. As the moans got louder, Joshua dropped his shoes and jacket on the ever-faithful velvet chair and quickly made his way over to the crib.

“Shush now, baby.” He never spoke her name; calling her baby gave him the distance he needed to persevere with their new life as a family. He placed a hand lightly on top of her chest, reassuring her with a move he had watched Bea make repeatedly, to soothe and quieten her in moments of unrest. Her little hands reached out and clung on to his thumb, her eyes wide and wondering, gazing up at his face in complete seriousness. He wondered at her tiny fingers, and how enormous his hand looked against her body. She let out a gummy greeting. He smiled back. She let out a little cry, a sign to be picked up, and a demand for comfort. Bea stirred in bed, ready to jump at her baby’s command. Without thinking, Joshua quickly scooped Grace up. Supporting the head, he held her tightly against his chest, feeling the little heart thump against his, and the warmth of her body. He felt her nestle in against his shirt as her morning drool created a damp patch, but he didn’t mind. She smelt like Bea He lowered his head down further and took a deep breath into her wisps of hair. There was also a sweet, lavender smell, and within a few moments he could hear her own breathing become deeper. He relaxed with her; doing it on his own terms wasn’t so bad after all. For months before she was born, he had feared he would hate her, especially if she had been a boy, a consistent reminder of Hanley. To his relief, she was a girl, and he didn’t hate her, but he also found that no matter how many days passed, and how much happier Bea grew, he couldn’t love her either. The only thing that mattered to him in the first couple of days, weeks, and months was Bea, and the fear of her leaving him alone in this world and he would have to bring up Hanley’s child alone. But Bea had survived. More than that, she now thrived as a mother, knowing that this little person was her entire world, one that she could contain and celebrate always. And for Joshua, that was enough. To gain glimpses of an old version of his love was enough for now, and he was occasionally even hopeful that in time, she would return to him completely.

He lost all track of time, watching her little hands and feet clutch at his under-shirt as she dreamed, her lips forming a pout, desiring milk again. He would have stayed there until she woke if Sarah hadn’t come through the door and reminded him he had work.

She gave him a surprised smile, filled with warmth, at finding him holding the baby whilst Bea slept.

“She stirred, and I - I didn’t want Bea to wake,” he whispered, feeling awkward at being discovered.

“Sir, your breakfast is waitin’ for you downstair’, I’ll take her until Mistress wakes.”

She lent in and scooped Grace out of his arms in one swooping motion, swaying on the spot to settle her once more. As Joshua left the room and made his way down, his arms seemed naked, missing the weight from her body and the smell of her head. He tried to shrug it off, make out it was all nonsense. But as he helped himself to coffee, he knew deep down that she had done it; she had broken through his barrier. He now saw what Bea was trying to tell him, that Grace was innocent of everything that had happened before.

Joshua devoured his breakfast and almost jogged to the stables. He was running late, and he was never late. Mr Goldstein was an old-fashioned individual with traditional values, and believed a man should only interact with his child on a Sunday afternoon for a few hours, or sent to boarding school once they had turned five, never to be seen again until they were eighteen. As for wives, his attitude was remarkably similar: “Women? Hmmm, they are strange creatures, I leave them to it; don’t get yourself mixed up with all their drama, my boy.”

Joshua left his mare with the groom to be stabled and cleaned himself up.

“Ah - Mason, my boy, is it all done and sorted, then?” Mr Goldstein’s voice barked out the moment Joshua stepped over the threshold.

Joshua could make him out in one of the side offices. His broad frame always looked unusual against his small stature, but his rich, sonorous voice made him seem like a giant. Joshua paused for a moment. “Sir...!” Before he could begin, he heard scurrying footsteps on the floorboards above, followed by thundering footsteps coming down the stairs as George appeared, looking panicked. He had clearly covered for Joshua and was trying to save the situation before his line manager put his foot in his mouth. George held up a piece of paper on which Joshua glimpsed details of the ‘Lioness’ shipment, quickly dropping it when Mr Goldstein spun round, glaring at the interruption.

“Glad to hear it - it was a good thing you got here early, Mason, to sort it all out. Mr Carter, said customs wanted to make a search?” Trying to poke holes in his story, Joshua knew he hadn’t quite believed George’s explanation of his absence.

“Indeed, sir... One of their random checks. But I... I informed them of the rumours surrounding the recent Indian shipments. The fortunate result was that they postponed our checks for another day.” As soon as Mr Goldstein left, he knew he would need to inform the team on the boards to cover all bases.

Most of the customs men were endemic racists and took any excuse to throw their weight around with the more ‘exotic’ traders, searching their piers and shipments at the least excuse. Whilst Mr Goldstein liked to keep certain cargo on certain shipments on a low radar. The ‘Lioness’ being one of them.

“Men come at night, clear out part of the cargo and declare the rest in the morning... and if you want to keep your job sir, you don’t ask why... not even you.” George had told him on the first day working in the office.

“Now, Mason: Mrs Goldstein is organising a Gala to raise money for some sort of charity, you and your wife must attend. It’s in a month; I’ll get Mrs Goldstein to send out an invitation. A chance for you to meet your fellow employees.” It wasn’t a question; it was an order.

“It would please Mrs Mason and I greatly to attend. Thank you for the consideration, sir.” He knew Bea wouldn’t be happy about making the date, but once he explained he had no choice, he was sure she would understand. After all, now with Grace here, he couldn’t risk his job and reputation, not now their family was expanding.

H D Coulter
Hayley was born and raised in the lake district and across Cumbria. From a young age, Hayley loved learning about history, visiting castles and discovering local stories from the past. Hayley and her partner lived in Ulverston for three years and spent her weekends walking along the Ropewalk and down by the old harbour. She became inspired by the spirit of the area and stories that had taken place along the historic streets.
As a teacher, Hayley had loved the art of storytelling by studying drama and theatre. The power of the written word, how it can transport the reader to another world or even another time in history. But it wasn't until living in Ulverston did she discover a story worth telling. From that point, the characters became alive and she fell in love with the story.
You can connect with the author via these platforms -
Website: https://hdcoulter.com/

Facebook: https://www.facebook.com/hdcoulter
Sign up to Hayley’s newsletter between now and May 30th to be placed into a giveaway raffle for a personalised BookBox, including a signed copy of Ropewalk
and Saving Grace.
http://eepurl.com/hjgxYf
You can learn more about the author and the book by visiting the other blogs on this tour. 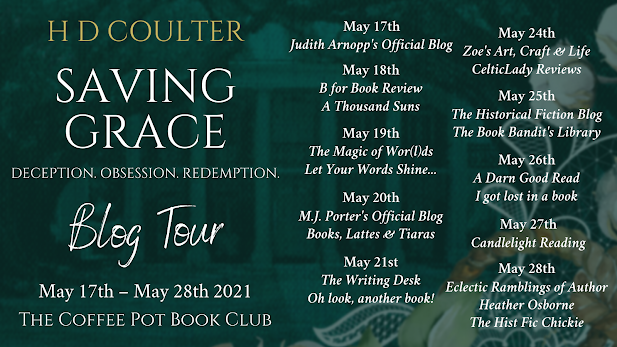