Welcoming Drema Drudge and her novel - Victorine - to my blog!

Today I am taking part in the blog tour hosted by The Coffee Pot Book Club (founded by Mary Anne Yarde) featuring Drema Drudge and her novel Victorine.

I'll jump straight in and spotlight this fabulous new novel - 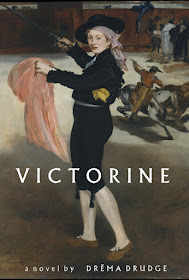 In 1863, Civil War is raging in the United States. Victorine Meurent is posing nude, in Paris, for paintings that will be heralded as the beginning of modern art:
Manet's Olympia and Picnic on the Grass.
However, Victorine's persistent desire is not to be a model but to be a painter herself. In order to live authentically, she finds the strength to flout the expectations of her parents, bourgeois society, and the dominant male artists (whom she knows personally) while never losing her capacity for affection, kindness, and loyalty. Possessing both the incisive mind of a critic and the intuitive and unconventional impulses of an artist, Victorine and her survival instincts are tested in 1870, when the Prussian army lays siege to Paris and rat becomes a culinary delicacy.
Drema Drudge's powerful first novel Victorine not only gives this determined and gifted artist back to us but also recreates an era of important transition into the modern world.

You can order Victorine here -
Amazon US 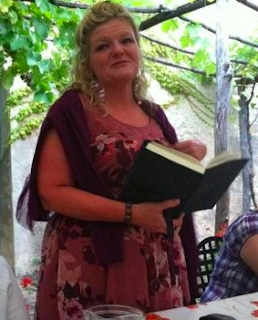 Drēma Drudge suffers from Stendhal’s Syndrome, the condition in which one becomes overwhelmed in the presence of great art. She attended Spalding University’s MFA in Creative Writing Program where she learned to transform that intensity into fiction.

Drēma has been writing in one capacity or another since she was nine, starting with terrible poems and graduating to melodramatic stories in junior high that her classmates passed around literature class.

She and her husband, musician and writer Barry Drudge, live in Indiana where they record their biweekly podcast, Writing All the Things, when not traveling. Her first novel, Victorine, was literally written in five countries while she and her husband wandered the globe. The pair has two grown children.

In addition to writing fiction, Drema has served as a writing coach, freelance writer, and educator. She’s represented by literary agent Lisa Gallagher of Defiore and Company.

I hope you will check out Drema's work and enjoy.
Till the next time.
Take Care Zoe

Thank you so much for popping in and having a look at my blog. Take care Zo x